The assassination of all U.S. leaders would not be enough to avenge the 2020 death of elite Iranian Quds Force commander Qassem Soleimani, a senior Iranian Revolutionary Guards general has said.

“If all American leaders are killed, this will still not avenge the blood of Soleimani. We have to follow Soleimani’s path and avenge him through other methods,” Mohammad Pakpour, ground forces commander of the Iranian Revolutionary Guards Corps, said according to the Jerusalem Post.

Soleimani was killed in January 2020 by the U.S. military at the order of then-president Donald Trump, reportedly with Israeli involvement.

Qassem Soleimani, the Iranian general killed by U.S. forces at the direction of President Donald Trump on Thursday evening, was sanctioned by the Obama administration in 2011 for his role in a foiled terror attack on Washington, D.C. https://t.co/y6O2VzNuxm

“Wherever it is needed, we will provide for the basis of revenge against the Americans from within their houses and by people by their side without us being present,” Qaani said on the anniversary of Soleimani’s death last year.

“If wise people in America are found who deal with those who committed the atrocity of assassinating Commander Soleimani, this action will be much less burdensome for America than if the offspring of the Resistance Front, who know no bounds, to themselves go and take this revenge.”

Iranian Supreme Leader Ayatollah Ali Khamenei on Tuesday said that while talks were “going well,” the future of his country shouldn’t depend on the deal. 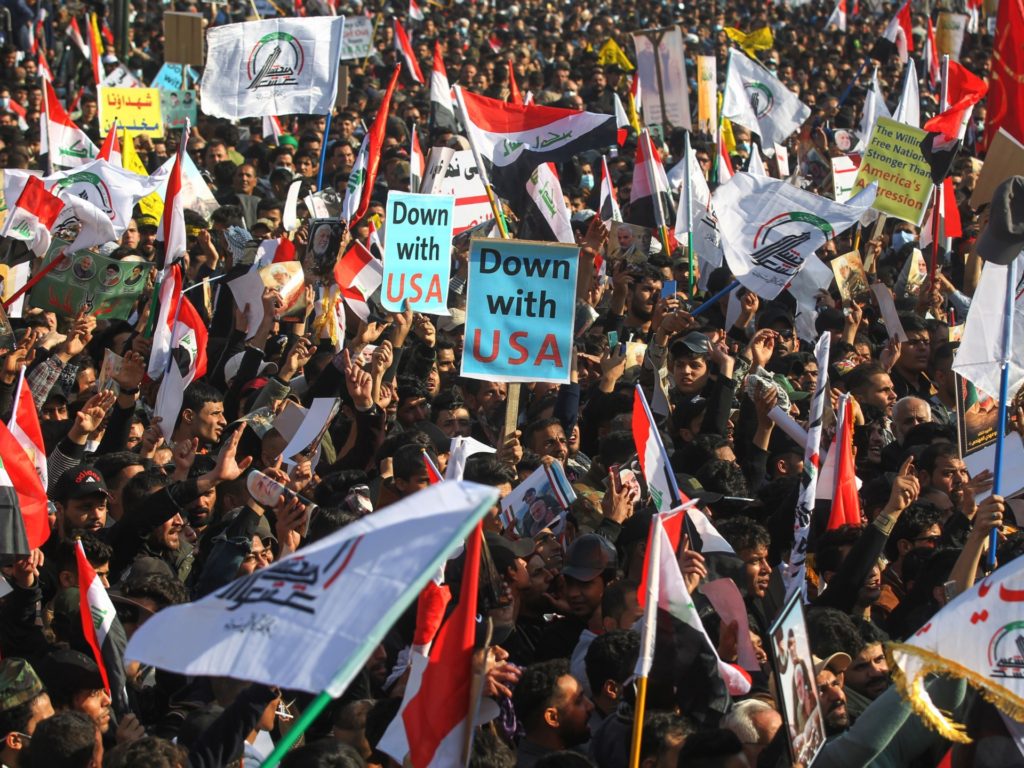 Iraqi demonstrators lift flags and placards as they rally in Tahrir square in the capital Baghdad on January 3, 2021, to mark one year after a U.S. drone strike killed Iran’s Qassem Soleimani and his Iraqi lieutenant Abu Mahdi al-Muhandis near the capital. (AHMAD AL-RUBAYE/AFP via Getty)

“Absolutely do not wait for nuclear negotiations in planning for the country and move forward,” Khamenei told senior Iranian officials.

One of the sticking points is whether the U.S. will agree to Iran’s demand to delist the Revolutionary Guards from the U.S. Foreign Terrorist Organization (FTO).

What Is The National Flower Of Ukraine?

On Thursday 24 February, the first day of Vladimir Putin’s unprovoked, unjustified and increasingly brutal war on Ukraine, a local woman in Henychesk went viral when she was filmed angrily confronting a heavily-armed Russian soldier in the street.“What the f*** are you doing here?” she asked, berating him by declaring:...