No Result
View All Result
Home US

by NewsReporter
in US
Reading Time: 3 mins read 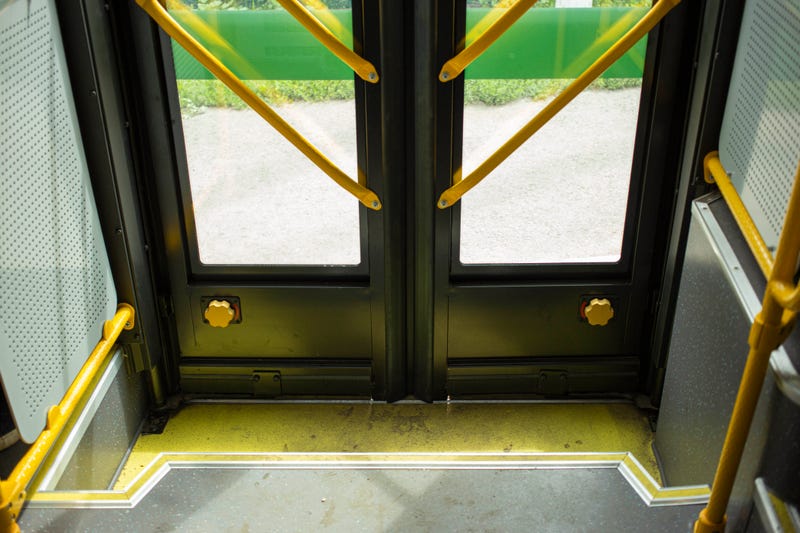 In March 2019, 74-year-old Serge Fournier was on a public bus in Las Vegas, Nev., with 25-year-old Cadesha Bishop. According to reports, Bishop was swearing at other riders and Fournier told her to stop.

That’s when she pushed him off the bus “with enough force that he never touched any of the steps,” grabbed her son’s hand and got off the bus, according to The Las Vegas Review-Journal. Fournier hit his head around eight feet from the Regional Transportation Commission bus and died from his injuries around one month later.

“The actions in this case make you not a probation candidate,” Jones said. “I’m not putting you on probation. That is not happening here today.”

The Las Vegas woman posted $100,000 bail on the murder charge. However, it was revoked last July when Bishop was charged with grand larceny of a vehicle, embezzlement and theft for allegedly failing to return a rental car, according to the Las Vegas Review-Journal. Those charges will be dropped as part of her plea deal in the Fournier case.

“I’m sorry for the way that I was portrayed in my lowest and weakest moment of my life,” Bishop told a judge Friday, according to Fox News. “The way that I’ve been portrayed, it’s just not fair for somebody who’s never been in trouble before.”

She also said she was sorry for her behavior.

Another ethics bombshell just hit New York: the arrest of Lt. Gov. Brian Benjamin. The charges against Benjamin stem from an alleged misuse of his public office to financially benefit a big campaign contributor. Of course, Benjamin deserves to have his side heard, but the indictment is fresh evidence that...

EXPLAINER: What Do New Alabama Laws Say On Transgender Kids?

MONTGOMERY, Ala. — Alabama has become the first state to criminalize the use of puberty blockers and hormones to treat transgender people under age 19. In line with some other Republican-led states, legislators here also passed a law requiring students to use bathrooms corresponding to their sex at birth and...

(Getty Images)President Joe Biden is expected to announce new gun regulations on Monday to rein in so-called “ghost guns” — privately made firearms without serial numbers that have been used in several high-profile violent crimes.Mr Biden is expected to nominate Steve Dettlebach, an Obama-era US attorney, to run the Bureau...

Nominations For Pakistan PM Due; Supporters Of Ousted Khan Expected To Protest

Register now for FREE unlimited access to Reuters.comISLAMABAD, April 10 (Reuters) - Candidates for Pakistan's next prime minister are due to file nomination papers on Sunday after incumbent Imran Khan lost a no-confidence vote in parliament, bringing an end to the former cricket star's nearly four years in power.Khan had...