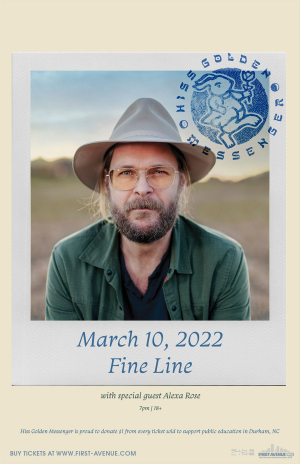 Bandleader, songwriter and lead vocalist M.C. Taylor is excited to return to touring this Winter/Spring in support of the new album. The new tour begins November 30th in Hummelstown, PA, before heading to Webster Hall in New York City on December 2nd. 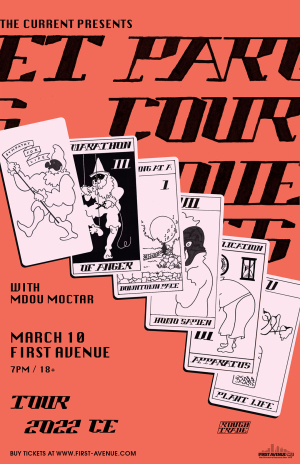 Show up early to check out Mdou Moctar, who we recently saw in Sep 2021 and said, “It’s the third time that Mdou Moctar had stopped in Minneapolis. The singer mentioned on stage that he loves Prince and is always honored to come back. While talking about his influences, he also mentioned the next song is a tribute to Jimi Hendrix, which you can hear some similar notes from “Purple Haze” in the song. If all this sounds familiar, that’s because Mdou Moctar star in the musical Rain the Color of Blue with A Little Red In It film, which homages Prince’s Purple Rain and Jimi Hendrix.” 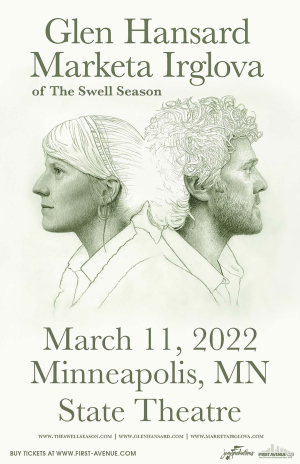 I think I just saw the best music movie recently. It’s called Once and it stars Glen Hansard, from The Frames, and Markéta Irglová. The movie has a documentary feel to it.…

Glen Hansard and Marketa Irglova of The Swell Season
at State Theatre
hennepintheatretrust.org

It’s a reunion for The Swell Season – the duo featuring Marketa Irglova and Glen Hansard.

The two met for the filming of Once in 2007 and continued their collaboration as The Swell Season, releasing Strict Joy on ANTI- Records. Of course, the Once movie was adapted for Broadway, which we saw in Apr 2014 and wrote, ““Once” the Musical is so good, I’ll say it twice—See It! See It!

The touring version of the stage musical adaptation of the 2006 indie film of the same name, is currently playing in Minneapolis through this Sunday, at the Orpheum Theatre.

The plot is simple: set in Dublin, guy meets girl and both make beautiful music together… but it’s much more than that. The centerpiece of the stage version (as well as the film) are the genius songs, done by Frames lead singer Glen Hansard and his Swell Season co-creator (and former girlfriend), Markéta Irglová.” 03/12 The Midnight with Nightly at First Avenue

The Midnight
with Nightly
at First Avenue
first-avenue.com

Excerpt Here There Be Monsters

Monsters is the new album from The Midnight (Atlanta-based singer-songwriter Tyler Lyle and Danish producer Tim McEwan). The album actually came out in 2020 via Counter Records, but due to the COVID shutdown, the duo will finally tour for the album in 2021 and 2022.

If your band is coming to the Minneapolis/St Paul area, please email details to [email protected] with a good lead time. Thank you.