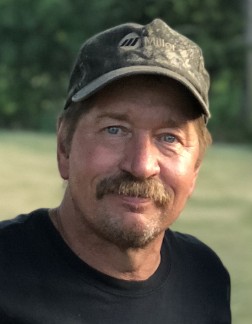 Michael Paul LaHaie, “Sparky” to all who knew and loved him, 61, of Sturgeon Bay, died Friday afternoon, February 18, 2022 at Aurora BayCare Medical Center in Green Bay with his family at his side.

He was born April 30, 1960 in Cheboygan, MI, the son of  Richard “Dick” Joseph LaHaie and Sharon “Shody” Sue Sova. Sparky grew up Catholic and initially attended Cheboygan Catholic High School before transferring to Cheboygan Area High School where he graduated with the class of 1978. Inspired by his father, Chief Engineer on the Great Lakes Freighters, he and fellow classmate and cousin, Rodney Ostwald, decided they were going to work in the shipyards and moved to Sturgeon Bay, WI where he worked most of his life. Sparky started working for Bay Shipbuilding Corporation in November of 1978 as a mechanic weldor and remained there for two years before going to work as a weldor for Peterson Builders, Inc. (PBI) in December of 1980. He was employed with PBI for six years before he went to work as a weldor for Palmer Johnson, Inc. in January of 1987. Sparky was a master weldor and one of a few who could (weld) with a mirror. In March of 2004, he went to work for ExacTech and remained there until February of 2006. Sparky attended Northeastern Wisconsin Technical College in Sturgeon Bay for blueprint reading and eventually taught welding there for over a year with his good friend, Doug “Tarz” Petersilka. Sparky returned to Palmer Johnson for a short time, before going to work for Olson Fabrication in Algoma, where he was currently employed. He was a hard worker all throughout his life; a 60-hour week was considered “easy” for him.

Sparky was blessed with two amazing daughters: Kristin and Michelle and was so proud of them. He raised them to be strong, independent, kind, and caring. Sparky became the biggest cheerleader for their children (his grandchildren). His family meant the world to him, and he would do anything for them. He thoroughly enjoyed and looked forward to their annual adult family dinners which brought a lot of laughter and wonderful memories.

Sparky loved life and enjoyed being outdoors – hunting and gardening. He played in the slow pitch softball league at West Side Field in Sturgeon Bay for “PJ’s” and liked shooting archery in league at the Door County Rod and Gun Club, just outside of Sturgeon Bay.

This past year, Mikey rekindled his romance with Cindy Meyer and cherished the time they spent together. He enjoyed his Cindy-time which included shopping and spending evenings together curled by the fire. They were special partners in fun and laughter.

He was preceded in death by his father; two brothers, Randy and Robert LaHaie; and father-in-law, Richard Phillips.

Sparky was a friend to everyone – always there to lend a hand. He was an organ donor and was able to offer the gift of life for “friends” he never met.

Our family would like to express our heartfelt thanks to the first responders from Algoma for the lifesaving efforts you gave to our dad, and also to the staff of Aurora BayCare Medical Center for the kind and compassionate care you provided.

Expressions of sympathy, memories, and photos of Sparky may be shared with his family through his tribute page at www.huehnsfuneralhome.com.

CHICAGO — Chicago White Sox right-hander Lance Lynn thinks he is ahead of schedule in his recovery from right knee surgery.Lynn was pulled from his final start of spring training with right knee discomfort — one of a series of injuries for the reigning AL Central champions already this season.Third...

Voters With Disabilities Face New Ballot Restrictions Ahead Of Midterms

As voters went to the polls last month in the Texas primary, the voting rights hotline lit up at the nonprofit advocacy agency Disability Rights Texas. Molly Broadway, the group’s training and technical support specialist, heard from some frustrated voters with disabilities who had not received their mail-in ballots on...

Well, I must admit whenever I see the adjectives "weird" or "strange" I automatically feel the need to know more lol what is so weird? what is so strange? Sometimes I find it intriguing and sometimes I wish I didn't know lolThis article is all about the "strangest jobs in...