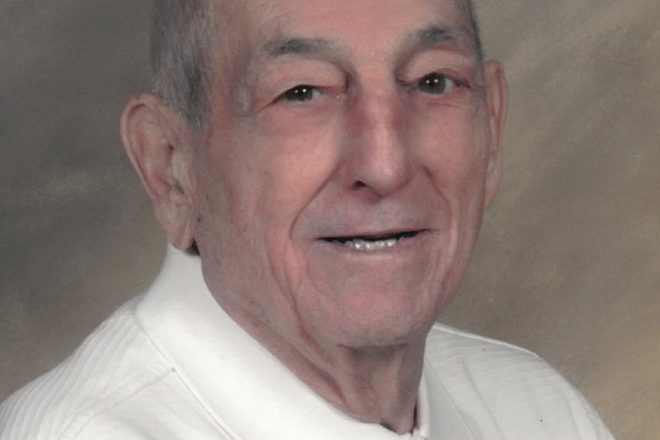 He was preceded in death by his wife, Marlene (nee Cote), his parents Joseph and Mary Magno, and by his siblings and their spouses, Lena (Joe) Carlini, Sarah (John) Greco, Dominick Magno, Marge (Tom) Fowler.

Napoleon was born in Duluth Minnesota to Italian Immigrants in 1925.  He was raised in Kenosha, Wisconsin and graduated from Bradford High School in 1943.  After high school he was drafted and joined the United States Marine Corps.  During World War II, he was sent to the Pacific and fought in the Battles of Peleliu (1944) and Okinawa (1945).

After his discharge from the Marine Corps, He attended the University of Wisconsin Whitewater Teachers College and graduated with a degree in Chemistry and Education.  He then attended Columbia University in New York City and obtained his Master’s Degree.

His life after retirement was full of family, friends and travel.  He was known for his kindness, patience, honesty, and personality.  Special thanks to Comfort Keepers, and his care givers Anne, Karina, and Mary.

Visitation will be held at Max A. Sass & Sons-Greenridge Chapel (4747 S. 60th St., Greenfield) on Thursday, April 7 starting at 4PM until time of service at 7PM. Additional visitation will be held at St. Gregory the Great Catholic Church (3160 S. 63rd St., Milwaukee) on Friday, April 8 from 10-10:45AM. Mass of Christian Burial to follow at 11AM. Private family burial at St. Michael Cemetery in Jacksonport, WI. Please see www.maxsass.com for more information.