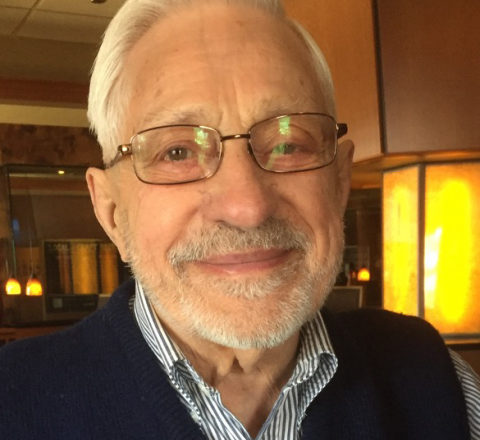 William Ray Nielson, 93, of Sturgeon Bay died in Green Bay on March 21, 2022.  He was born March 26, 1928, in Sturgeon Bay to Albert and Christine (Reetz) Nielson.  He proudly served his country in the U. S. Air Force.  On July 11, 1965, he married Shirley Bogdanski in Racine, she preceded him in death on September 13, 2013.  Bill worked as a tool and dye worker at Briggs and Straton in Milwaukee for 33 years and enjoyed many years of retirement.

Bill was a Christian man who loved people.  He had a wry sense of humor and made friends wherever he went. He was a gifted handyman who could fix or build anything.  He enjoyed helping everyone with all kinds of projects.

Bill loved old cars, particularly Model A and Model T cars.  He recently finished restoring a 1930 Model A. Coup.  He and his wife made great memories travelling around the country in their fifth wheel camper.  They also made numerous trips to Europe.

Memorial services will be 11:00 a.m. Wednesday, March 30, 2022, at Bay View Lutheran Church.  Inurnment will be at Bayside Cemetery.  Friends may call after 10:00 a.m. at the church until time of services. Forbes Funeral Home is assisting the family with arrangements. Online condolences may be offered at www.forbesfuneralhome.com