The first round of snow wrapped up early this morning, and we were treated with some sunshine through the afternoon! Clouds will increase through the evening ahead of the next low pressure system that’ll track through Iowa and into Illinois overnight. 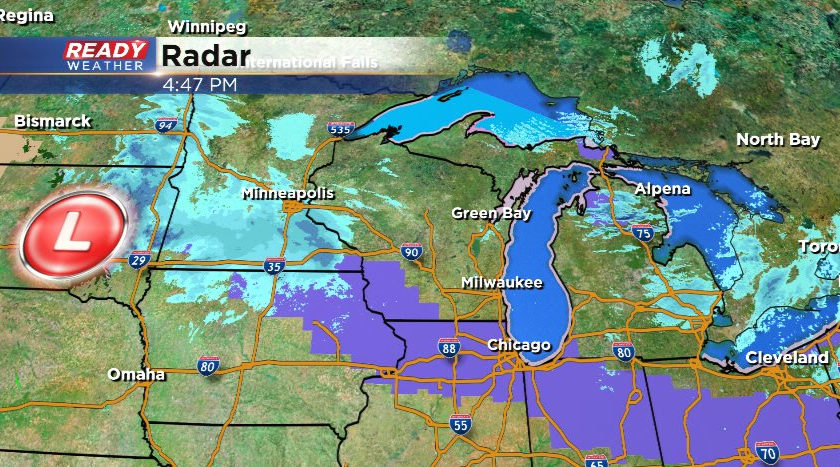 The swath of heaviest snow (3-5″) with this system will stay just to our south where a Winter Weather Advisory is in place. Expect snow to move into southeast Wisconsin after 9 pm, wrapping up before sunrise Sunday morning. 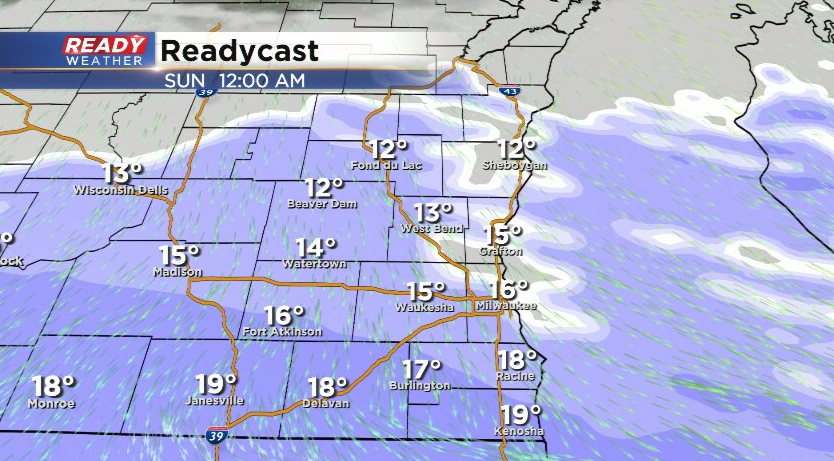 Majority of southeast Wisconsin will pick up 1-2″ of fluffy snow, but higher totals over 2″ are possible south of a line from Fort Atkinson to Kenosha. Folks we’ll north of Milwaukee could see a dusting to around an inch. 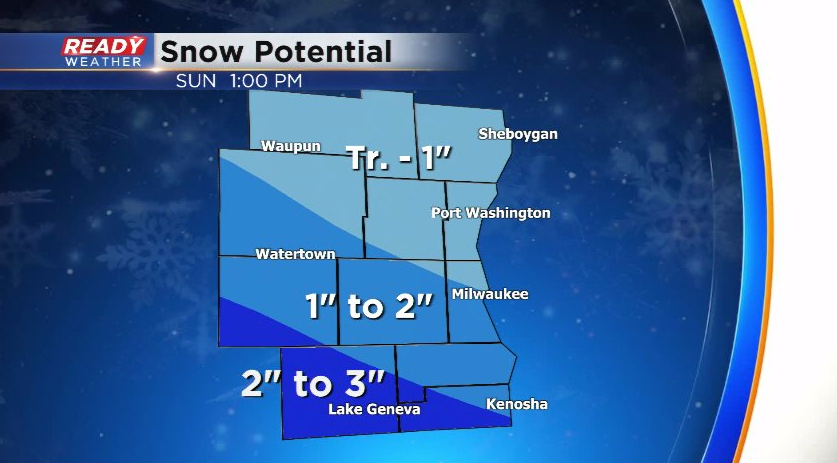 With the cold temps moving in with the snow, this will be a dry, fluffy type of snow that will pile up quickly. Plan on slick roads late this evening through tonight with the best chance at snow covered roads closer to Madison and the WI/IL border. Visibility will also be reduced, but winds will be light so there won’t be a ton of blowing or drifting. 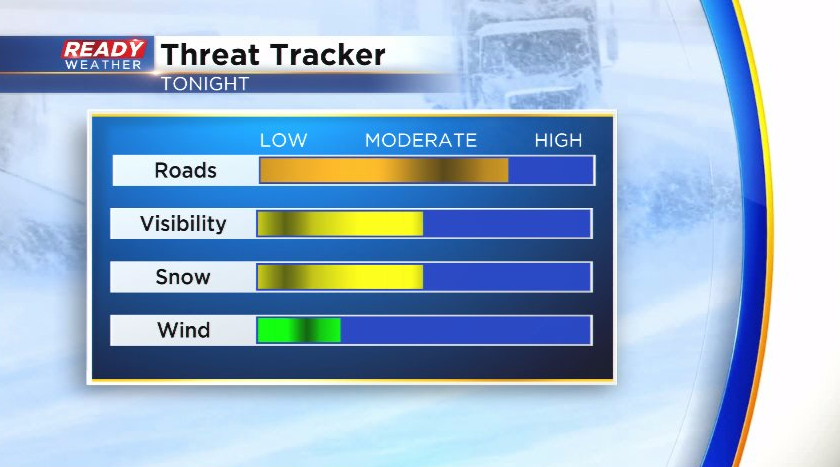 Sunshine will return for most of the daytime hours on Sunday, but another round of snow moves in early Monday morning. This snow will be a bit wetter than tonight’s round of snow. 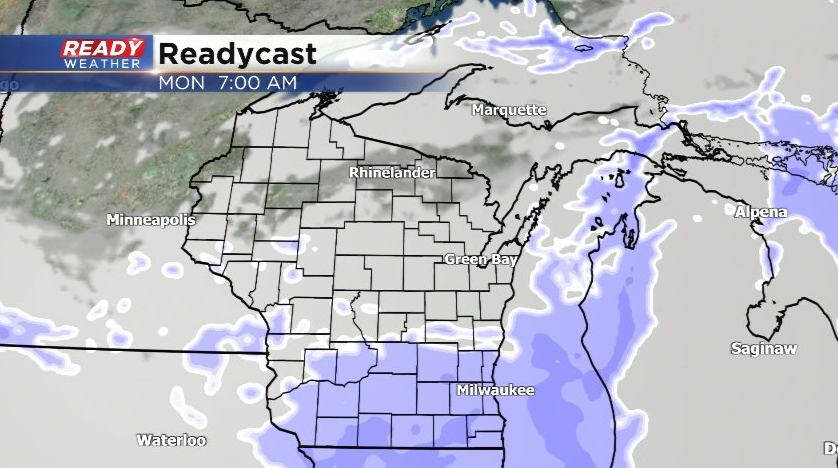 There’s still uncertainty in the track and strength of the system, but we could pick up another couple of inches Monday morning, which would impact the morning commute. 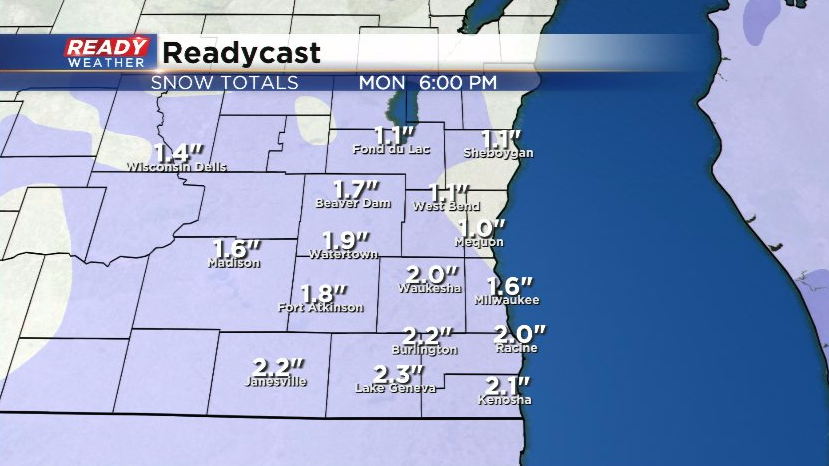 Download the CBS 58 Ready Weather App for the full forecast.